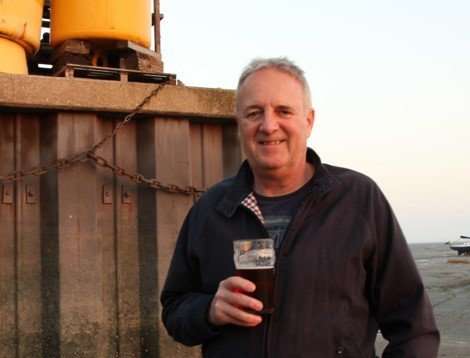 Ian is a founder of the business and has been here from the start in 2017. Ian’s background in beer involved drinking rather than brewing and he had a successful career in local government before taking early retirement and then deciding to take it easy by opening a Brewery!

Brewing is Rob’s third career – having started work as a Signwriter, Rob moved into Plastering for many years before joining Billericay Brewery as a Brewer. Most recently Rob worked at East London Brewing Co before joining us in August 2020. 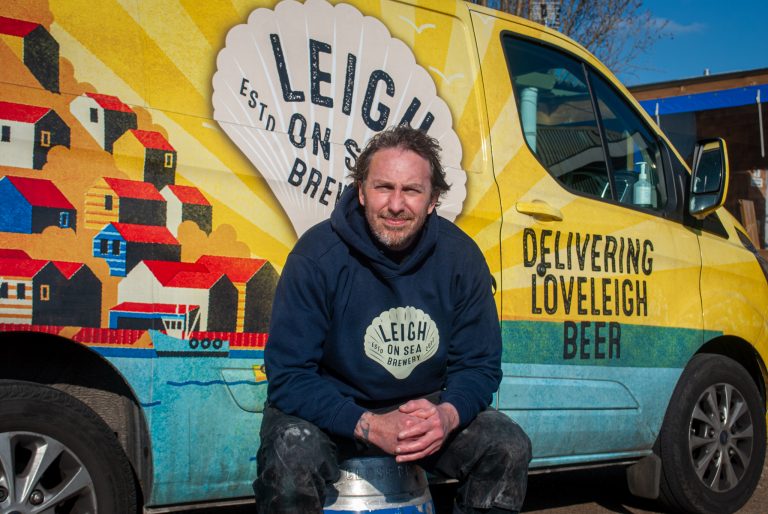 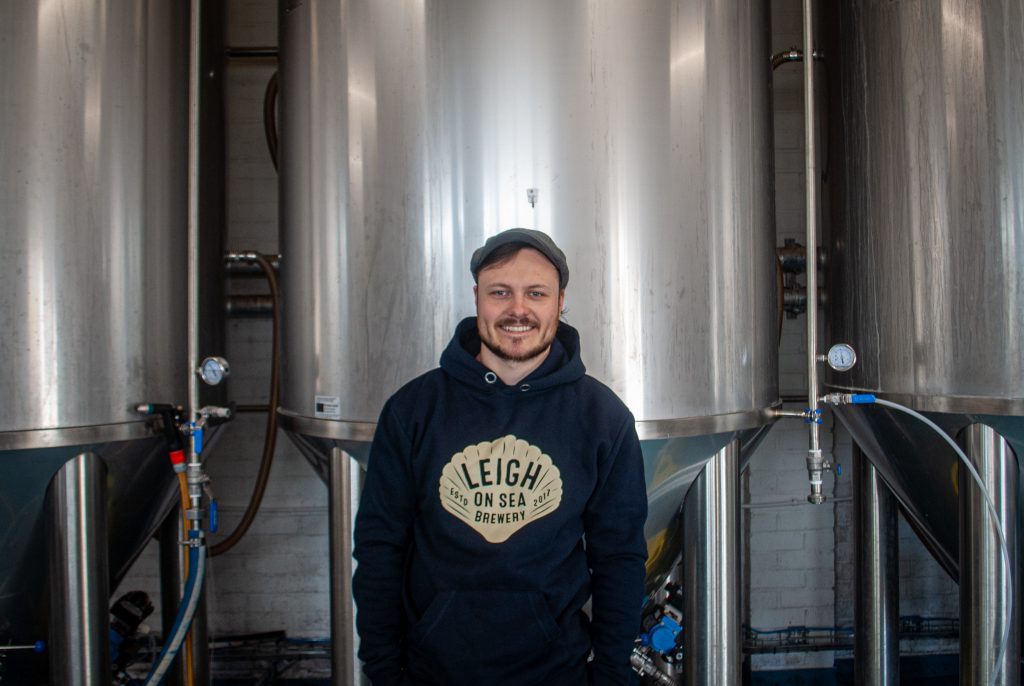 Sam, who joined us in August 2020 learned his brewing at George’s Brewery, our closest brewery neighbour. He worked there for four years in which time he was appointed Head Brewer. In June 2019 he moved to London as Commercial Director for a contract brewing company on the ‘Bermondsey Beer Mile’. Sam also Cuckoo brews his own beers under the name of Fable Brewery.

Matt joined in September 2020, having previously had a long career within the travel industry then moving into the Brewing business full time in 2017 first with West Berkshire Brewery and then with East London Brewing Co. Alongside working within the industry, Matt is a member of the British Guild of Beer Writers for his work with his blog “The Half Pint Gentleman” and had previously been a committee member at the CAMRA award winning Leyton Orient Supporters Club. 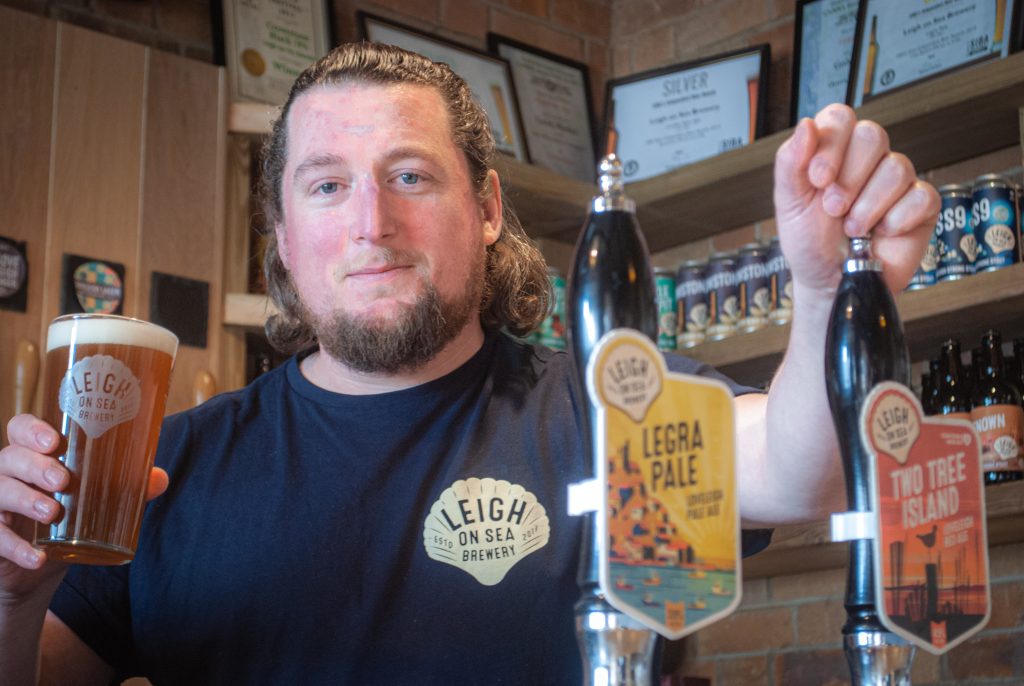 Faced with being Ian’s Brewery Widow, Gaby decided to jump on board with the project in 2017 having taken early retirement from her career on the Board of the National Audit Office.

We are very fortunate in having access to a super group of part time staff who help out as and when needed and are invaluable. The current team is Beth Ashley, Rob Chandler, Daisy Franks, Graham Jones, Alex Morris and Del and Sandra Willbourne.

The history of the Brewery - It started in the pub!

Beer was a major accomplice in the founding of Leigh on Sea Brewery. Our heroes – Ian Rydings and Mark Springham shared an idea during a pub-crawl in Old Leigh back in December 2016: how wonderful it would be to have beers made in Leigh, celebrating its history and landmarks. Their conviction grew stronger with each pint and in January 2017 the stars aligned and they opportunity to put their plan into action arose. It was now or never for our intrepid duo.

Fortune favoured the brave; we met our extremely accommodating landlord Ben Norton by accident, friends and family fought to invest. After Mark and Ian took a Running a Microbrewery course at Brew School, Tom Newman, a master brewing consultant and Vincent Johnson, brewery engineer extraordinaire were soon on board. Southend Council and HMRC were helpful and even the much-maligned EU stumped up some cash. Finally, Neill Fendell, a local artist and Nick Petit a graphic designer worked with us to develop our branding. All systems were go!

We brewed between August and Christmas 2017 on a small kit while awaiting the arrival of our full brewery, and got the Brewery Tap Room open in December. During that time our beer won prizes at Rochford Beer Festival, and local pubs, restaurants and bottle shops snapped up our produce. We had not a drop left to toast Christmas day!

The New Year brought with it the challenge of up-scaling ten-fold. Since then we have gone from strength to strength and our beers are now sold across the country having won many awards (specific awards for each beer are listed on Our Beers pages). We were also thrilled to win a national SIBA (Society of Independent Brewers) Business Award for our branding in 2018. Other highpoints include being the only Brewery in the Country to win 4 SIBA Regional Golds for our keg beers in 2019, being nominated by Brewdog as one of their Up and Coming Breweries in 2019 and being selected each year for CAMRA’s Great British Beer Festival. Indeed, when CAMRA relented with a real ale keg bar in 2019, we were one of only 40 breweries nationally to feature.

We have been helped every step of the way by the good people of Leigh who have provided infinite support and have helped turn our pipe dream into reality. Our beer is widely available locally and we feature regularly at local summer festivals and run very successful beer and music festivals at our Tap Room. We would like to thank the good people of Essex for their amazing support at our Tap Room and more widely. During Covid Lockdowns, local support for our home delivery service has kept us afloat.

Mark decided to leave the Company in August 2020 to start a new life as innkeeper/hotelier in Scotland and this move led us to recruit the current team listed above.

Our Brewery in the making